We want to hear from you — good, bad, just not ugly. Please share thoughts, insights, discrepancies, recollections — and how’s your Tom’s Trivia win-loss percentage coming? Post to our website at magazine.uconn.edu, email me at lisa.stiepock@uconn.edu, or send by regular mail to UConn Magazine Letters, 34 N. Eagleville Rd., Storrs, CT 06268-3144.

Here’s a sampling of feedback from our last issue. 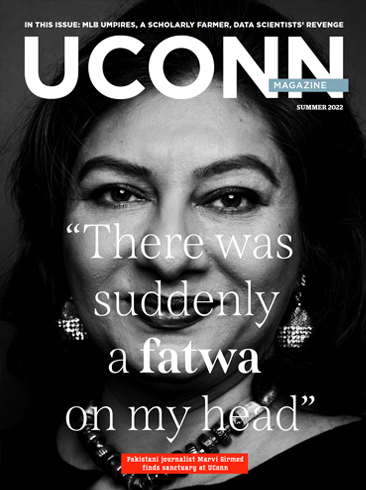 “There Was Suddenly a Fatwa on My Head”

➼ I read with some interest that one of your UConn programs helps scholars leave persecution due to voicing opinions overseas. I was particularly happy to see that Marvi Sirmed, who fought fatwa in her home country, was helped. I appreciate her service to Asian women and wish her well in her future work. I handle victim’s rights cases in immigration and feel strongly about the subject.

“I Wouldn’t Have Listened to Me”

➼ Montville’s article in the Globe (in the ’80s I believe) comparing the heartache of being a Red Sox fan to sticking your hand in a drill press (“at least you knew when the pain would start”) was a classic!
Carol Gigi Stanley

➼ I remember both Dan and Jim from UConn. Great umpires and even better people. Happy for their success.
Pat Sully

➼ This alum remembers crossing the hay-covered dressage ring in the barn to get to her psychology class on the second level. Congratulations!
Sandi Bradley

➼ What a lovely tribute to my @UConnHistory colleague and friend Frank Costigliola. So many @SHAFRhistorians have shared his hospitality and walked his [farm and woods] in addition to benefiting from his scholarship and mentorship. One of the truly best people I have met in academia. Or anywhere. He lives a life of balance like few people I know.

“I Wouldn’t Have Listened to Me”

➼ I enjoyed the most recent edition of UConn Magazine, especially Leigh Montville’s piece. Montville still has much to teach us … and not just about journalism from a bygone era. He shows us how to give back, to share his time and talent with UConn students — as he did with me in 1975 when I was editor-in-chief of The Daily Campus. Montville’s mentoring ways are reminiscent of those of Wallace Moreland 1926 (CLAS), a former editor-in-chief of the Connecticut Campus and my own visitor from a bygone era. Thankfully, this kid listened.

Since we published "An Epic UConn Love Story" in February, we've continued to hear from couples who met at UConn. We love reading about your UConn memories and how the University continues to play a part in your lives — keep them coming in the comments below! 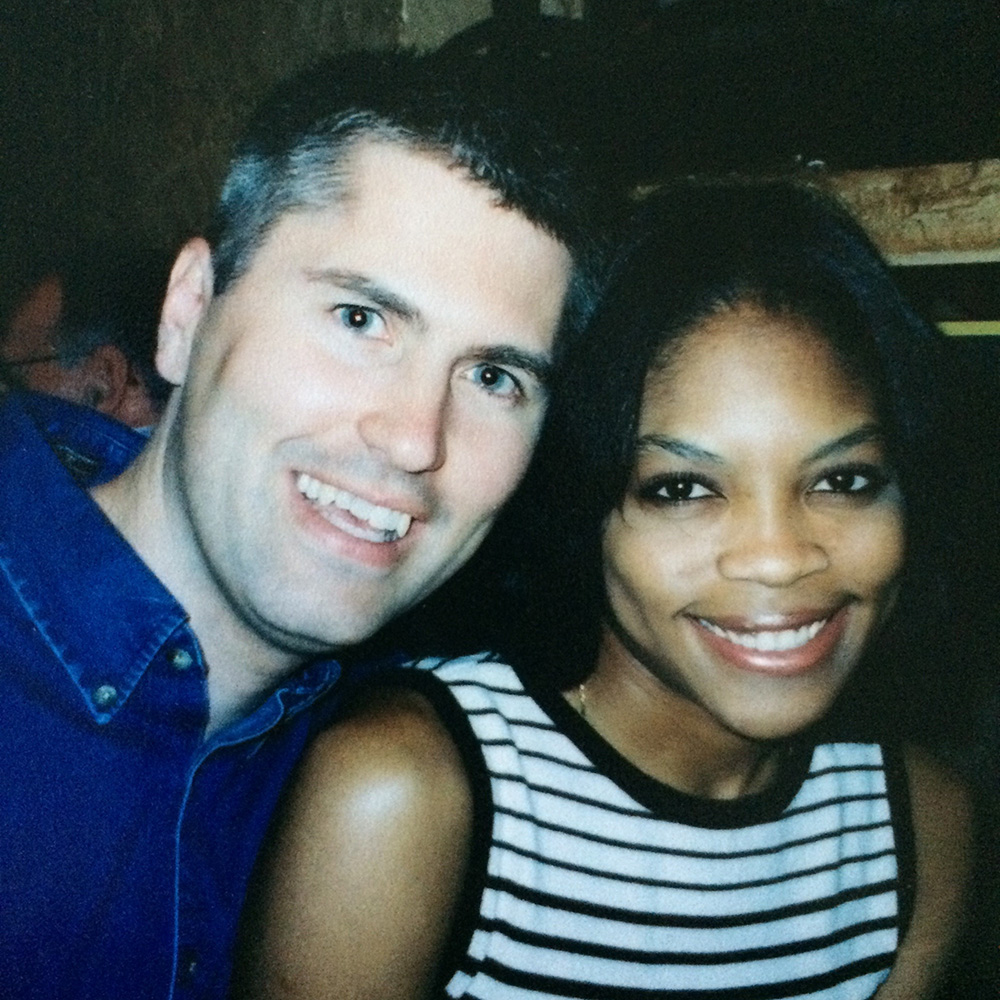 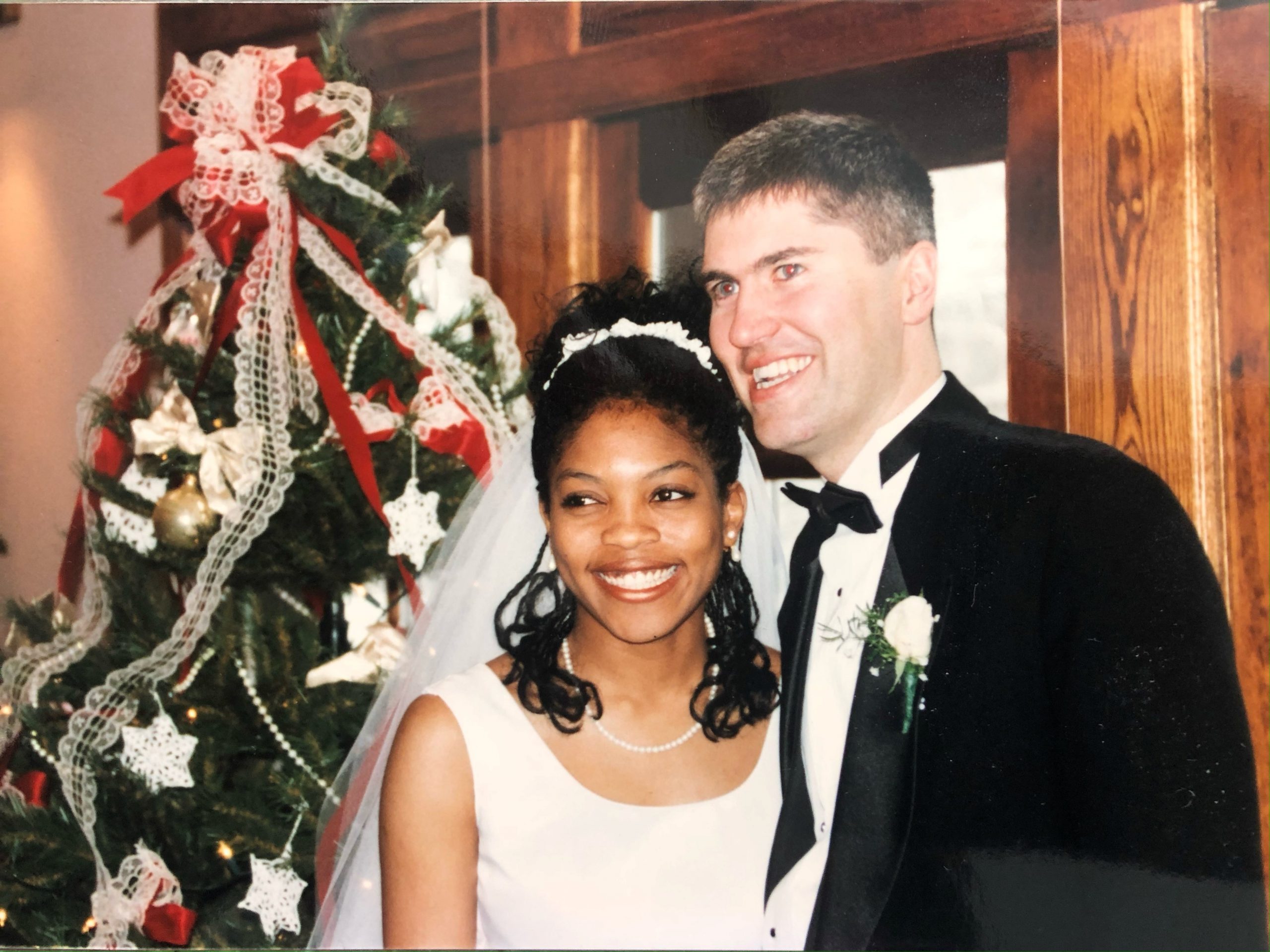 We crossed paths in the full-time MBA program on the Storrs campus from January 1995 through December 1995. By the time Chuck started in January, I had already traveled from Jamaica and completed the Fall 1994 semester. We met at an MBA networking event at Chuck’s Steak House on route 32 that January, and although we had classes together, we didn’t become close friends until the summer when we journeyed daily to the West Hartford campus for the summer program.

Our UConn love story began that summer and continued through our May 1996 graduation ceremony. We got engaged at the Altnaveigh Inn in Storrs on my birthday in June 1996, got married at the Storrs Congregational Church on campus in December 1996 during a blizzard, and had our wedding reception at Zenny’s (now Toast). We called it a UConn wedding with all our grad student friends!

We settled in Connecticut and now have three children, who we have frequently brought to campus for basketball games, camps, ice cream, and bike rides over the years. Our eldest daughter Morgan is a 2021 UConn grad, working and living in Boston, and is enrolled in UConn’s online MBA program for the fall of 2022. Sydney, our second daughter, will graduate from UConn in May 2023, and our son Trey will be a freshman on campus in the fall of 2022. I also work at UConn, in the School of Engineering.

UConn has physically changed a lot over the past 27 years, but it has never stopped feeling like home. We are a UConn family of five Huskies! 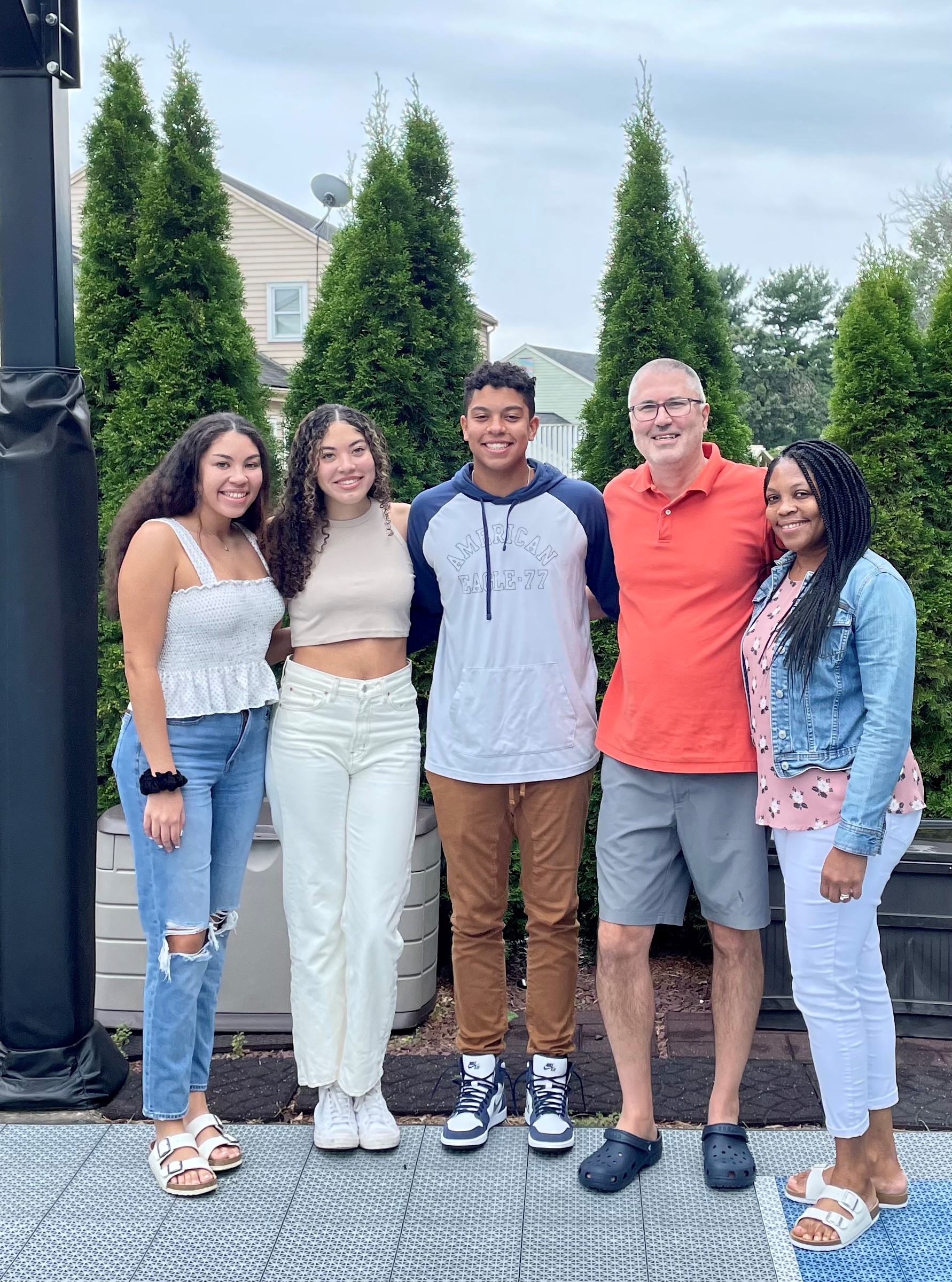 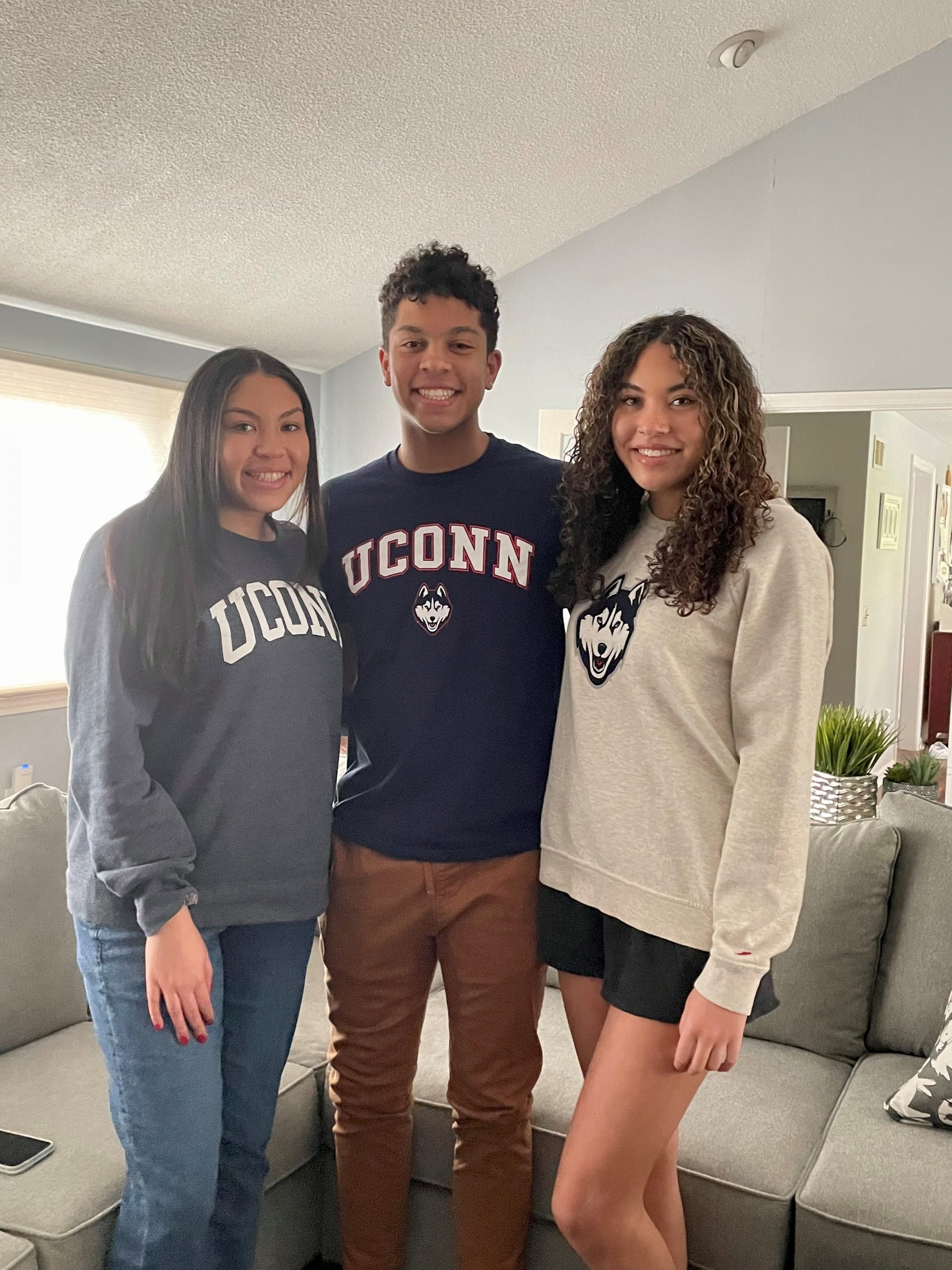 My husband and I met on the UConn campus in Waterbury in 1969. We were in a group that played setback in the cafeteria between classes. He had a steady girlfriend at the time. I was not a good card player but he was a good sport and took me as his partner anyway and we usually won! Over the summer he broke up with his steady girlfriend, and in September we started going out. It was the years of the Vietnam protests and hippie flower children. We never got into the free love thing, but I did wear long skirts and mini skirts.

I moved up to main campus a semester ahead of him. He would take the bus from Waterbury to Storrs, a journey of a couple of hours, to see me as neither of us had a car. He stayed in my dorm room at Crandall Hall since my roommate had moved off campus with her boyfriend. Nobody really cared even though it was a female dorm. We hung out on campus; "Me and You and a Dog named Bo" was a very popular song.

In 1972 we moved over to The Jungle to be in the first of UConn's co-ed dorms. At that point it was floor to floor, but his roommate moved out and I moved in. We took the mattresses off of the two twin beds and slept on the floor.

Back then, UConn was known as a suitcase campus because many students left for the weekend. Since we did not have a car we stayed. My husband found it fascinating to hang out in the lounge and watch the behaviors of high people. We also walked a lot to the store and over to the farm area.

We were both child development and family relations majors in what was then the School of Home Economics. Vince Ward was the head of the preschool at that point. Nice guy. I specialized in preschool with kindergarten certification.

In June of 1972, we got married in the congregational church on campus. No honeymoon as we then took a full semester in summer school, allowing us to graduate in December and hopefully get a jump on the job market.

I went on to Central Connecticut State College (now University) to earn my K-8 certification. I taught at Dodd Middle School in Cheshire, the same junior high school I had attended.

Frank branched to social work, eventually using the GI bill after serving in the Air Force to get his Master of Social Work degree.

Later in my career as an eighth grade science teacher, we returned to campus where I was honored as UConn's middle school science teacher of the year.

We have two wonderful sons and two grandsons and just celebrated our 50th wedding anniversary. 💜

My husband and I met the first weekend of sophomore year, and will have been together 12 years this December. Our favorite ‘date’ was taking long, campus-wide walks at night, from Charter Oak suites through the fields to Horsebarn Hill and back through campus. Matt is a researcher and psychiatrist with Brown University, and I am working towards my Ph.D. in Education at URI.

When I was pregnant with our daughter, the UConn Women’s Basketball team was playing in Houston where we were living at the time. At the end of the game, the team signed a baby onesie that I brought, and we have it framed still in my daughter’s room four years later. She’s a big Huskies fan!

“Just got your UConn Magazine with the front cover of UConn’s greatest love stories! Great picture!!” he wrote. “Well, I have a UConn Love Story for you. A week before I was to go to UConn, I met my wife to be.”

Gulino met Pat at Plainfield (Connecticut) High School, where she graduated a year ahead of him. Right before he left for his first year at UConn, they started dating. While only one half of this couple was a Husky, Gulino’s time as a UConn student in the 1950s was central to the start of their love story.

“We went together the entire four years,” he wrote. “Went home to see her every weekend. Never missed one.”

They spent those weekends going to the movies and bowling with another couple.

Just weeks after the zoology major graduated “in the rain” on June 10, 1956, “Uncle Sam came and grabbed me,” Gulino recalls of being drafted after losing his student deferral. He was sent to Fort Hood in Texas for basic training and then Fort Chaffee in Arkansas, serving in the U.S. Army for two years. Thankfully for the Gulinos, Pat was able to join Joe this time.

After settling back in Connecticut, Joe entered a career in retail, working for J.C. Penney, G. Fox & Co. in Hartford, and the New Britain-based D&L Stores. Pat worked at Aetna. They had a son and daughter and now have three grandchildren. 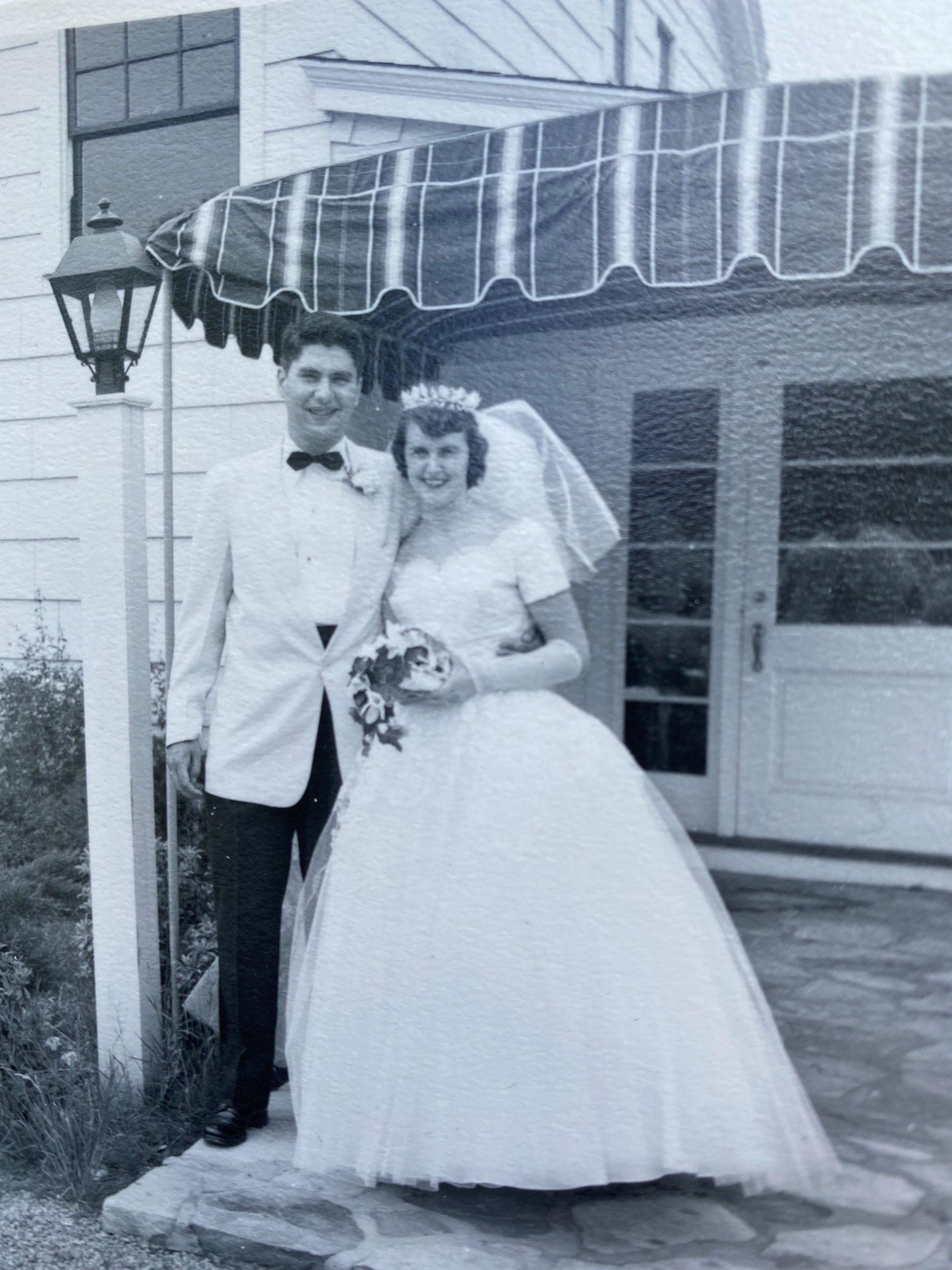 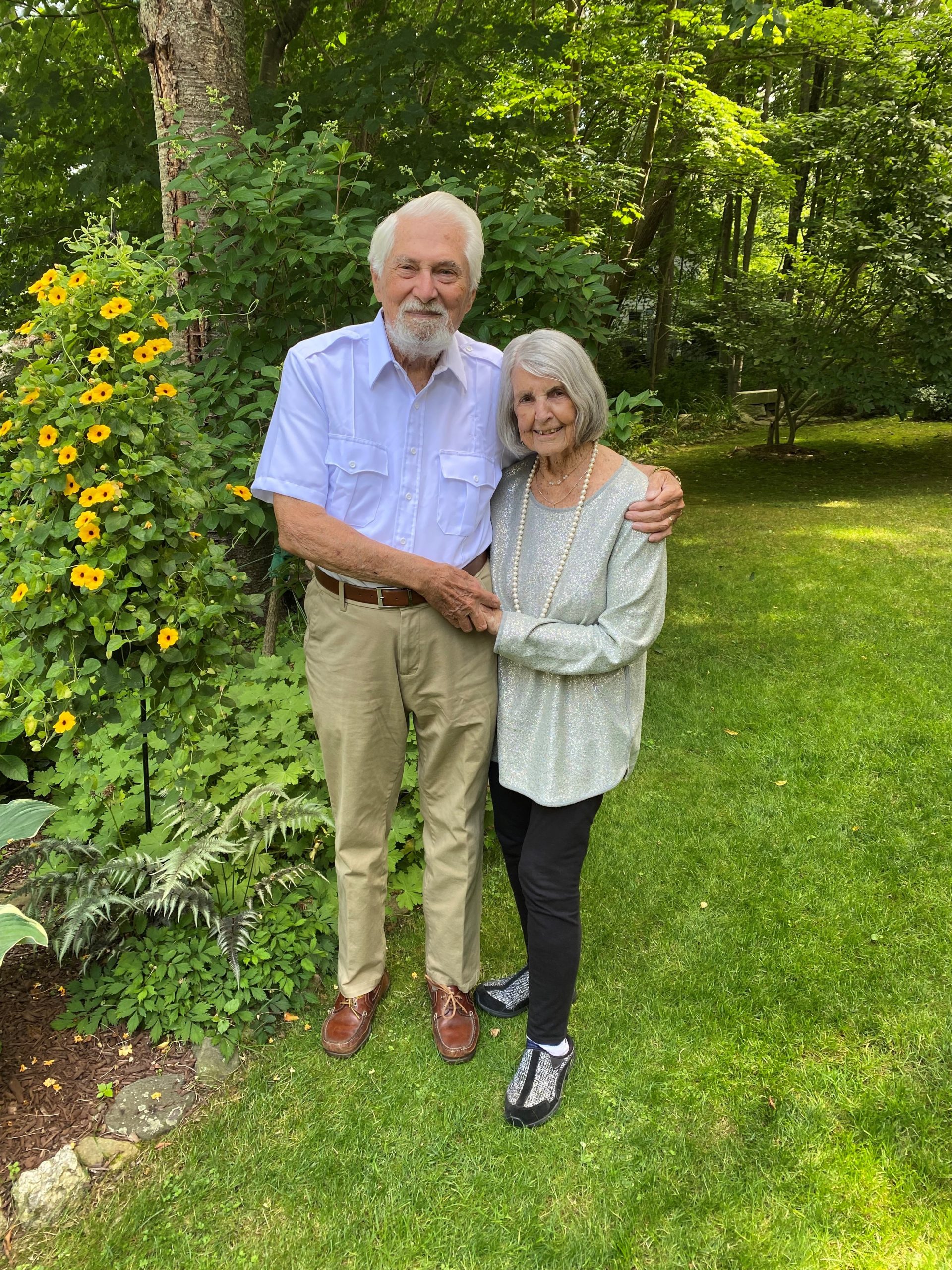