The Art of Flotsam and Jetsam 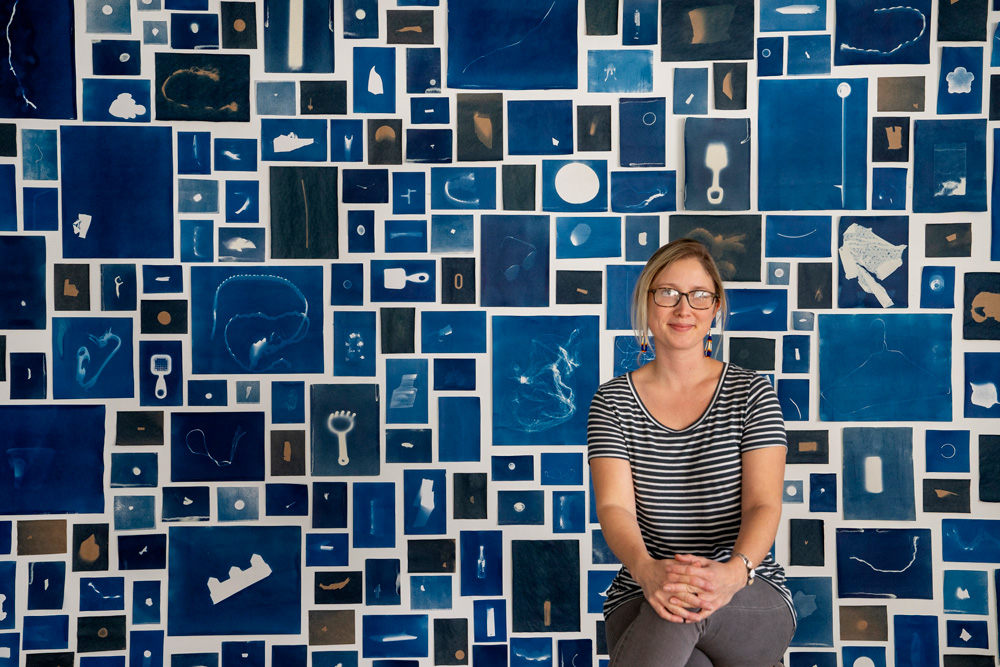 Growing up in Florida and Connecticut, Elizabeth Ellenwood ’20 MFA walked the shoreline picking up trash, following her grandfather’s advice to “leave the beach better than we found it.” Years later she combined her art and beachcombing in “Among the Tides,” in which Ellenwood uses a variety of photo processes to create an artistic visualization of the impact consumerism is having on the world’s oceans. The piece “November 3, 2018 Collection” is an installation of 240 cyanotypes (cyan-blue prints) of beach trash from a walk that day. Since starting “Among the Tides,” she has picked up 3,417 items during 39 beach walks over nearly 36 miles. Ellenwood recently won a Fulbright Scholarship and an American Scandinavian Foundation Grant to Norway for 2020–2021, where she will collaborate with an environmental chemist and a marine biologist to create work based on marine pollution.

Read about Ellenwood's "Among the Tides" Exhibit.