From left, Bartucca, Best, and Breen record episode #15 of their UConn 360 podcast. 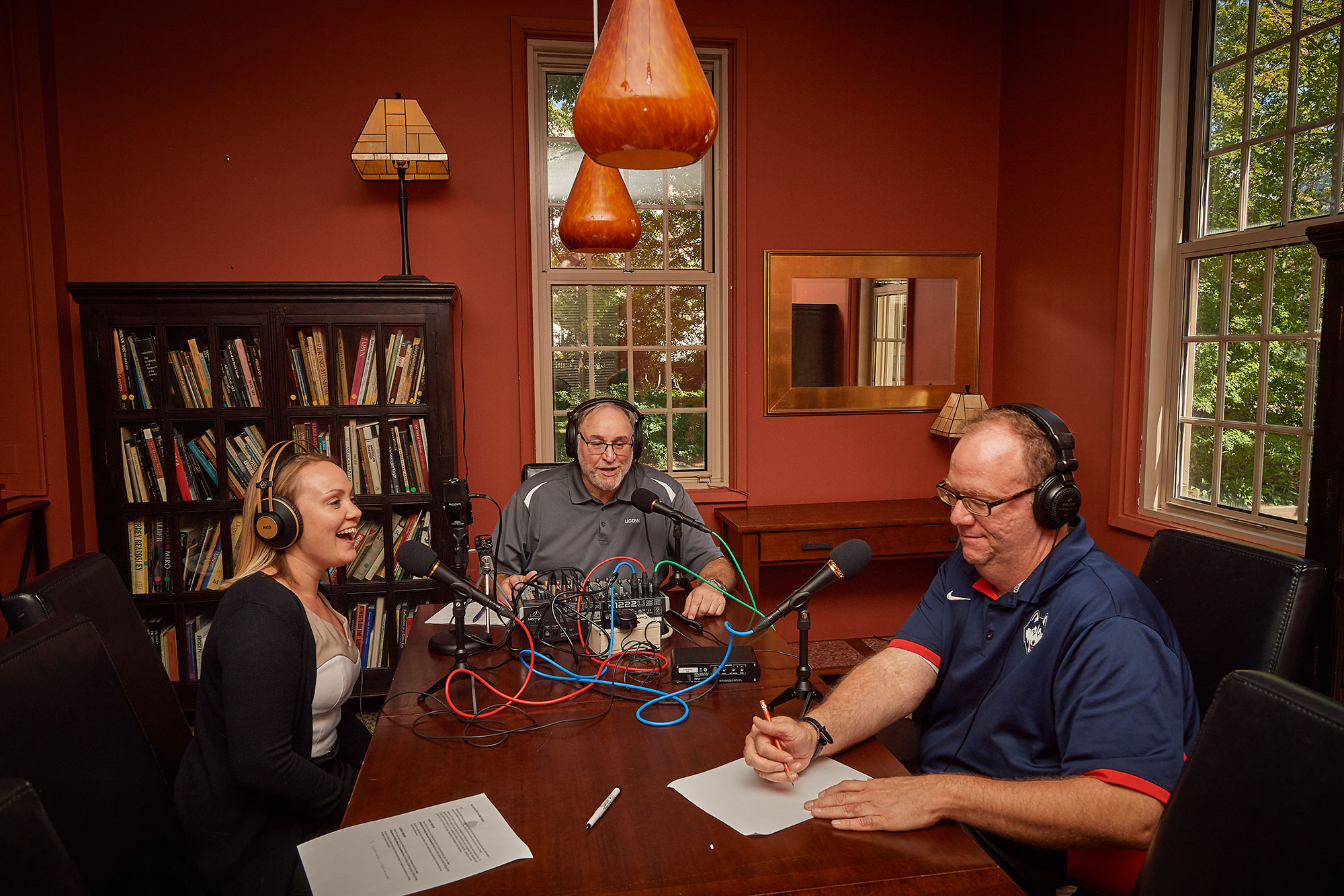 From left, Bartucca, Best, and Breen record episode #15 of their UConn 360 podcast.

She’s an extremely polite person, but at the end of their second podcast together, Julie Bartucca ’10 (BUS, CLAS) straight-up interrupts Tom Breen ’00 (CLAS) with an exclamation: “Wait! Barry Berman is my uncle!”

She goes on to say it’s possible he’s not the same Barry Berman that Breen has just mentioned while teasing a story for podcast #3, but the timing would be right. And Uncle Barry Berman ’73 (CLAS), along with many others in Bartucca’s extended family, is indeed a UConn alum. And, as it turns out, he is indeed that UConn alum.

Uncle Barry himself turns up in episode #3 of the UConn 360 podcast to regale listeners and hosts Breen, Bartucca, and Kenneth Best with the story of how he and a fellow student made national news in 1972 by getting one Bill X. Carlson elected both president and vice president of UConn’s Associated Student Government. Why was the landslide election of Bill X. Carlson national news? As Breen puts it, “In a very narrow technical sense, he does not exist.”

You’ll have to listen to the podcast to find out what that means. It’s a fantastic story told well — the specialty of the biweekly UConn 360 podcast, which now has some 16 episodes and counting.

Bartucca, Breen, and Best are all colleagues here at University Communications, where they write for the University in all kinds of ways, including for this magazine. But the podcast is different, says Bartucca, in that it allows quick, easy, slice-of-life storytelling. Huskies share a sensibility, she says. They can remember that sense of connection they felt when they were on campus. For the podcast, she says, whether it’s a former accounting professor now selling gorgeous screenprint artwork, a student WHUS DJ sharing her favorite playlist, or an uncle who once had a hand in toppling a disliked Student Government, it’s all about what Bartucca’s mother and Berman’s sister-in-law, Mary (McCarthy) Stagis ’85 (SFS), fondly refers to as “that UConn feeling.”

“I try to find stories that evoke that,” says Bartucca. 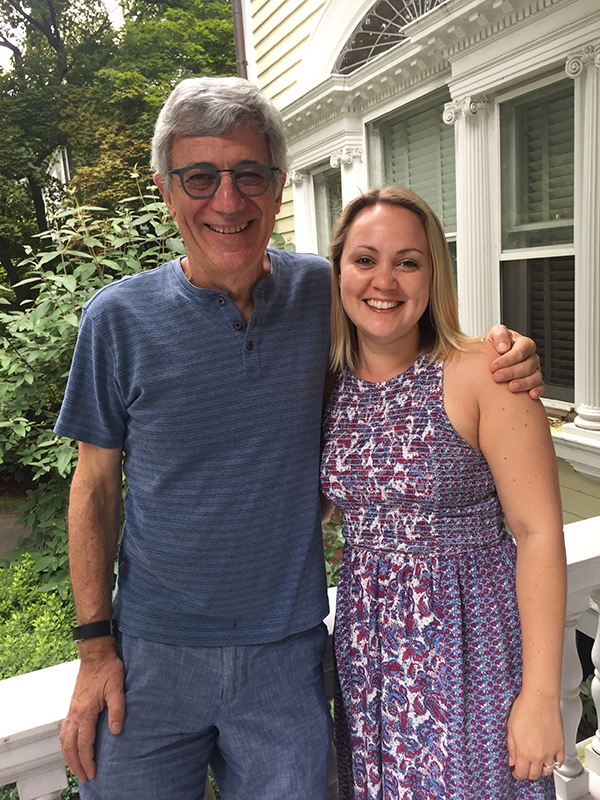 Bartucca with her uncle, the legendary Barry Berman.