Peter Morenus is the magazine’s photographer. But that job title doesn’t even begin to cover his secret-weapon status here. He seems to know everyone on campus, on all campuses in fact, and can tell us exactly where anything is and what it will look like before we get there. I guess that’s not surprising since he’s been University photographer for 22 years and counting, through at least four iterations of this magazine.

He’s also the soul of the place, always ready with an anecdote or a backstory that makes our work more exciting and more meaningful. We joke that “he knows where all the bodies are buried.” But, it turns out, he does not. Or did not until we sent him on assignment to the Storrs Cemetery this issue, tasked with taking a landscape shot for the Birds of Storrs piece that begins on page 34.

He went at the end of the day “when the light would be shining on the trees on the east side of the cemetery,” he told me. “I meant to start at the top and walk down looking for the right view to show bird environment.” But he quickly became distracted by the cemetery environment, starting with the Storrs family obelisk at the very top. Seeing the names “Charles” and “Augustus,” he says made him giggle a little when “Chuck and Augie” popped into his head. Then he noticed the “Augustus Brundage” stone. “The pool at the Field House is named in honor of two of his sons who were killed during WWII,” recounts Pete. “And then I saw ‘Waugh’ like the sundial and right near ‘Waugh’ is ‘Gentry,’ the name of the building next to the Waugh sundial. There was Carolyn Ladd Widmer, the first dean of nursing who we just named a new nursing wing after. A few steps away is George Safford Torrey who the Life Sciences building is named after. And photographer Jerauld Manter, in many ways my predecessor. By this point I’m regretting calling the founders by nicknames they surely never were called. I realize I’m walking through the history of the university.”

“There was John Tanaka, professor of chemistry. I met his son, Peter, then a UConn police officer, on my first day of work while lost near the Gentry Building. And cloning pioneer Xiangzhong (Jerry) Yang ­­— I’m here at UConn because of him.”

That story is too convoluted to relay here, but I guarantee Pete will be happy to share it if you see him around campus (he’s the one with the UConn cap and the cameras). Returning to the office from this assignment, he reminded me of the spiritual role he plays here when he talked about his walk downhill and admitted to being “misty-eyed” by the end. “I was just very much in awe to think a lot of these people are there not because of any church or religion, but because of their affinity to this place. It made me feel like I was part of something,” Pete said, then added: “I also felt like I’d been here a long time. But I’m not done yet. I still have a lot of pictures to take!” 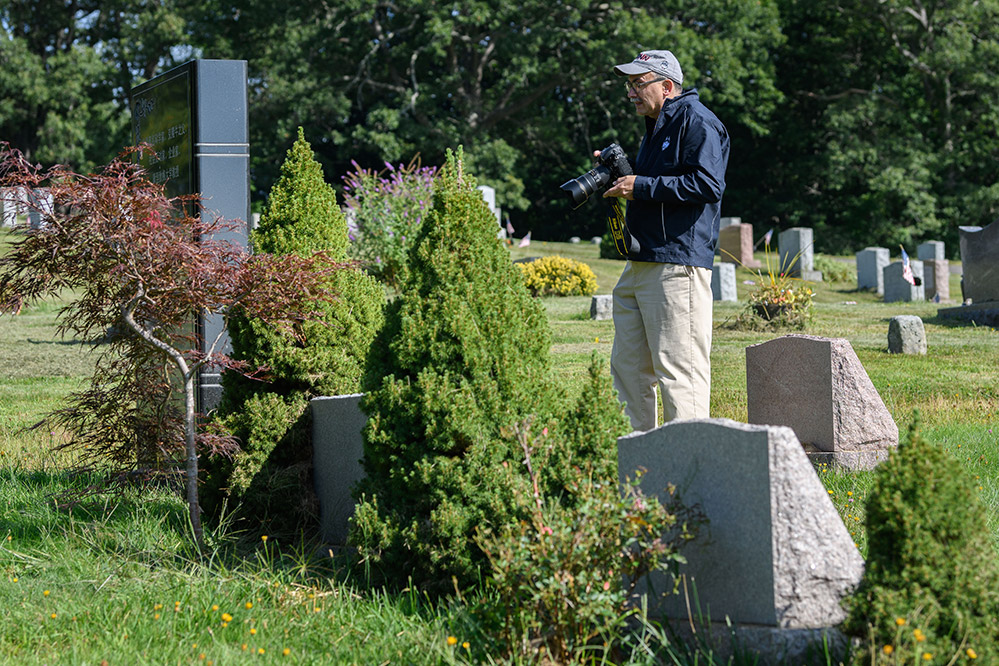 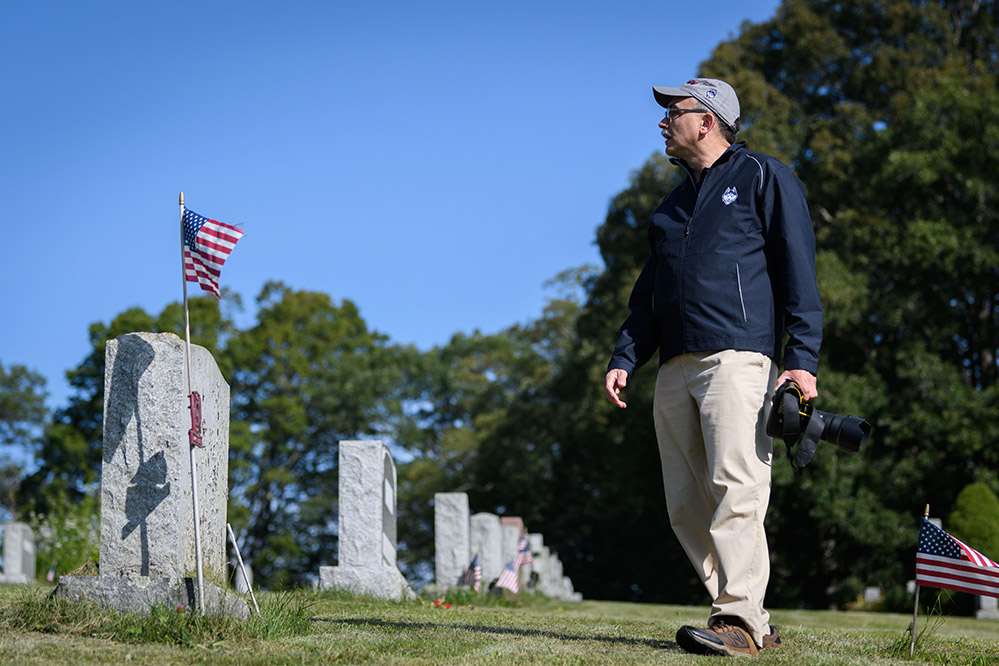 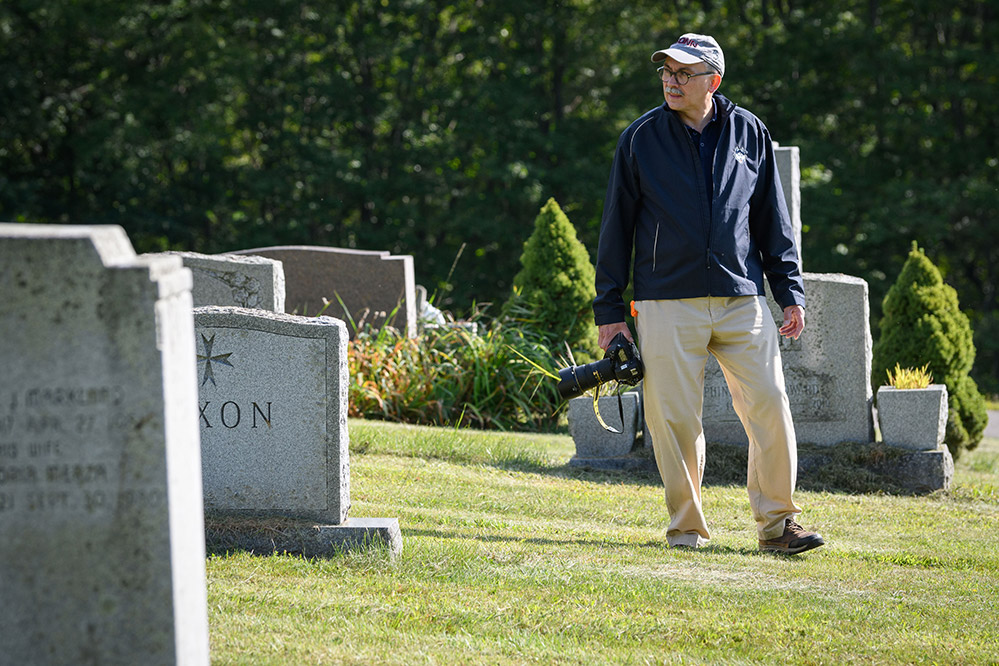 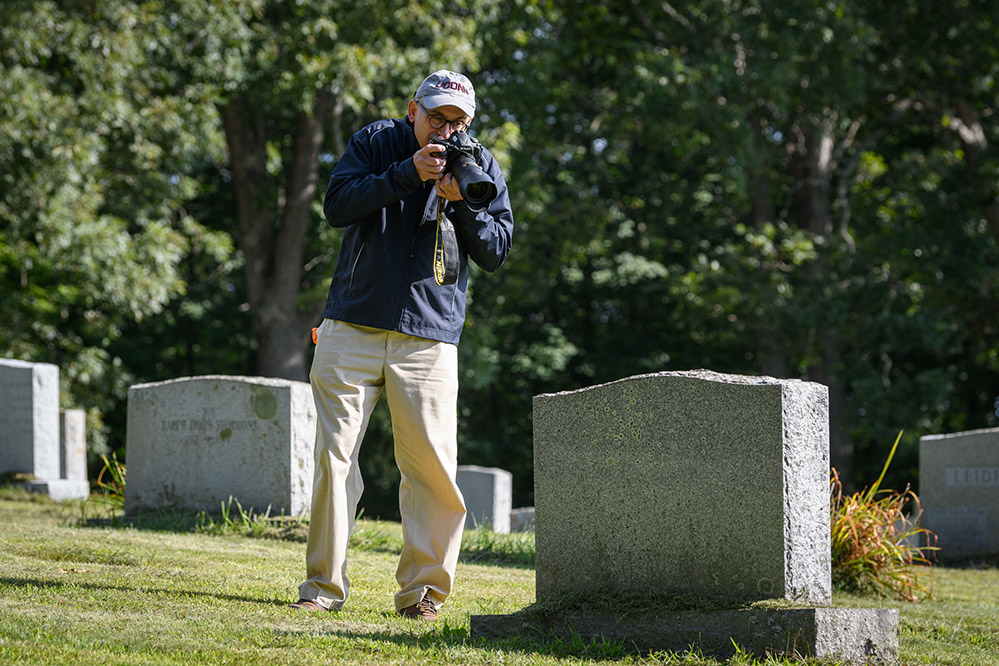 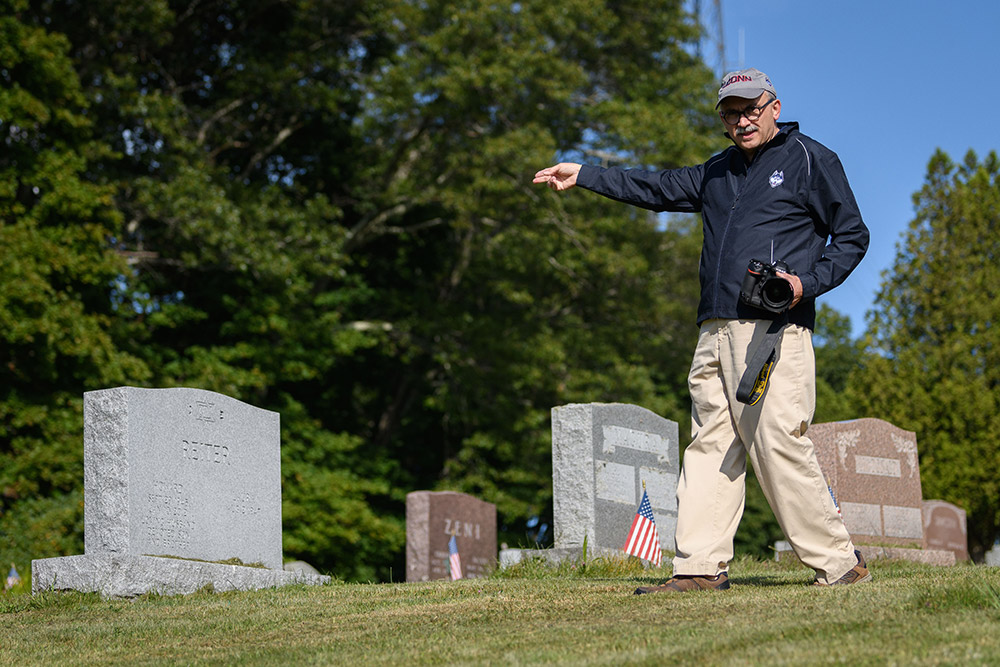