Leo Can Handle It 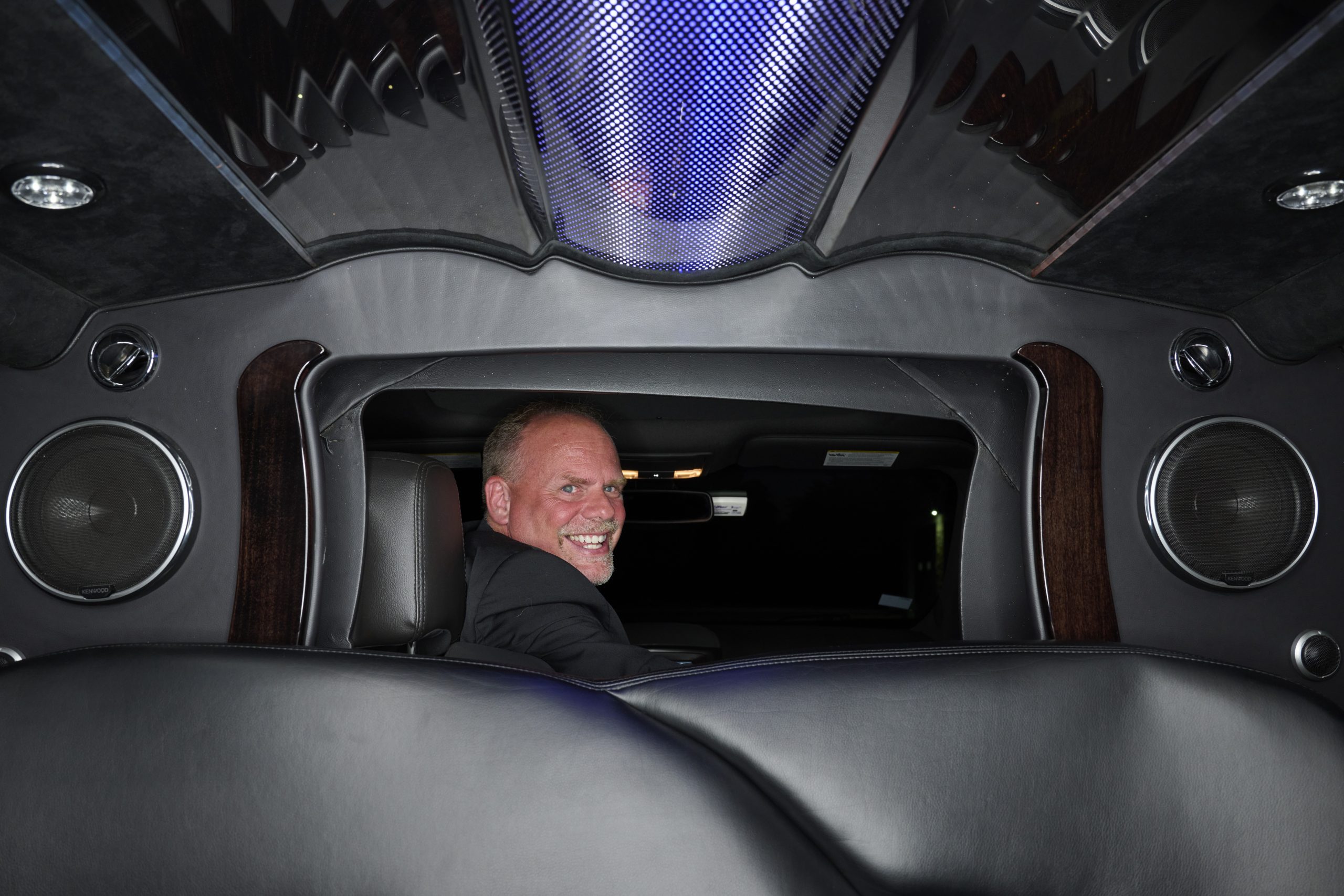 From behind the wheel of a limo, Leo Lachut ’89 (CLAS) has seen a lot of things. Couples on the first day of marriage. Couples celebrating 50 years of marriage. Rock stars, movie stars, sports stars. Prom kids, awards season revelers, concertgoers, concert head-liners, and many jet-lagged executives. But only once has he met the same bride twice.

“I pulled up to the house and the mother of the bride comes out and says, ‘Leo?’ I’m like, ‘How do you know me?’ She says, ‘You drove my daughter the first time she got married!’”

On the way to the church, the bride jokingly asked if they should share her secret with the groom. Lachut told her he’d have to keep mum.

“There’s a privacy issue that is comparable across fields,” he says with a chuckle. “In higher education, we have FERPA. And in driving, we have the limo code.”

“We work with high-performing students and students who are struggling. We create programs and do one-on-ones and workshops and presentations to help students with whatever is getting in the way of their success. It could be personal, financial, academic.” In an average year, the programs he runs see more than 15,000 sign-ins.

The limo gig started when he was in grad school in counseling psychology. He saw a help-wanted ad for a livery company and thought off-hour airport runs might fit into his routine of classes and practicums. At the interview, the owner handed him a map and asked him how to get to JFK. Lachut plotted a route and was hired on the spot. This was almost 30 years ago, before GPS.Training consisted of driving around town and backing into different spots in progressively larger vehicles, culminating in a 30-foot-long stretch.

He liked the work so much, he stayed with it after getting his master’s. These days he’s selective about his assignments. After three decades, he’s earned the right to turn down predawn trips to the airport. “It’s mostly joyous occasions,” he says of the job’s appeal. “Bachelorette parties, birthdays, anniversaries. You meet wonderful people.”

Including some high-profile ones. When U2 played Hartford, Lachut was part of the nine-vehicle motorcade that ferried the band from the private runway at Bradley to the concert and back. On another occasion, he took Will Ferrell to ESPN to promote a movie. “He was with me for a day. Just a wonderfully nice man.”

Brushes with fame are an interesting perk, but what Lachut really enjoys are the milestone events of everyday people. “I love weddings,” he says. “They’re great occasions, but they can be nerve-racking.” Someone forgets the rings, the parents of the bride get lost on the way to the venue. When things like that happen, which they routinely do, Leo the driver becomes Leo the counselor, reassuring his passengers that everything will be OK. He’ll swing back for the rings. The parents will be found.

“There’s huge overlap in people skills,” he says of his two careers. More than once he’s arrived at a wedding venue only to have the bride tell him to keep going, she can’t do it. He’ll talk quietly with her, urging deep breaths and giving her time to settle her emotions. When she’s ready, he opens the door. “In my thousands of weddings,” he says, “I’ve never lost a bride.”

Recognizing his unique skills, the company has made a habit of putting Lachut on sensitive jobs, such as Make-A-Wish events for sick children and their families. “Give it to Leo,” they say at the office. “Leo can handle it.”

Clients, too, appreciate his steady demeanor. Anxious parents have requested him by name for prom duty, knowing that if he’s in the front seat their kids will be looked after. For years he had an elderly client he would take shopping and to the salon every week. When
she adopted a dog, she asked Lachut to drive her to New Hampshire and help her bring the pup home.

Such long-term relationships are not unlike the ones he develops with students. Recently he heard from a woman who graduated in the early 2000s and is now a social worker. She’d been thinking of him and the time she’d spent crying in his office, she said, and thought he might like to know she was in her career because of all the work he did with her.

“I’m still connected with students from my very first year. I hear about what they’re doing and about their kids and I go to their weddings.”

But only as a guest. Someone else handles the driving.